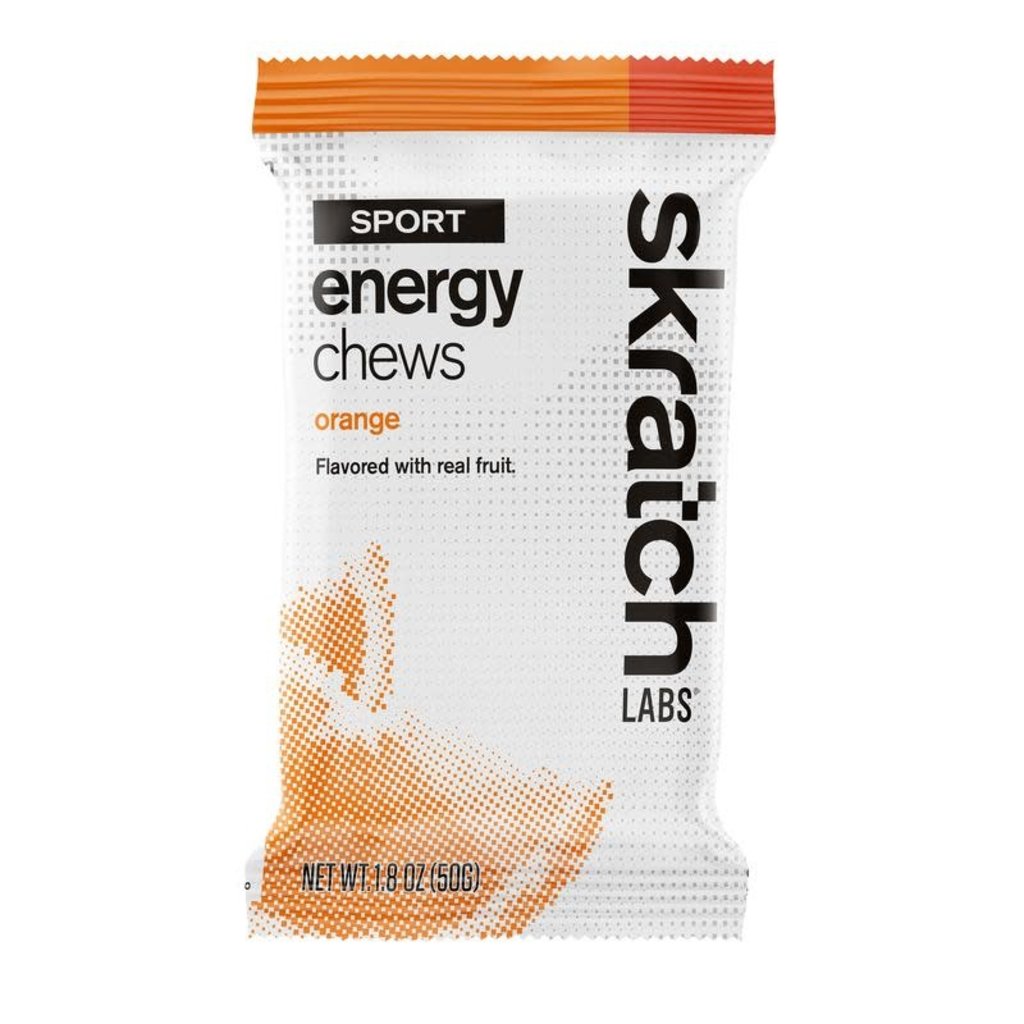 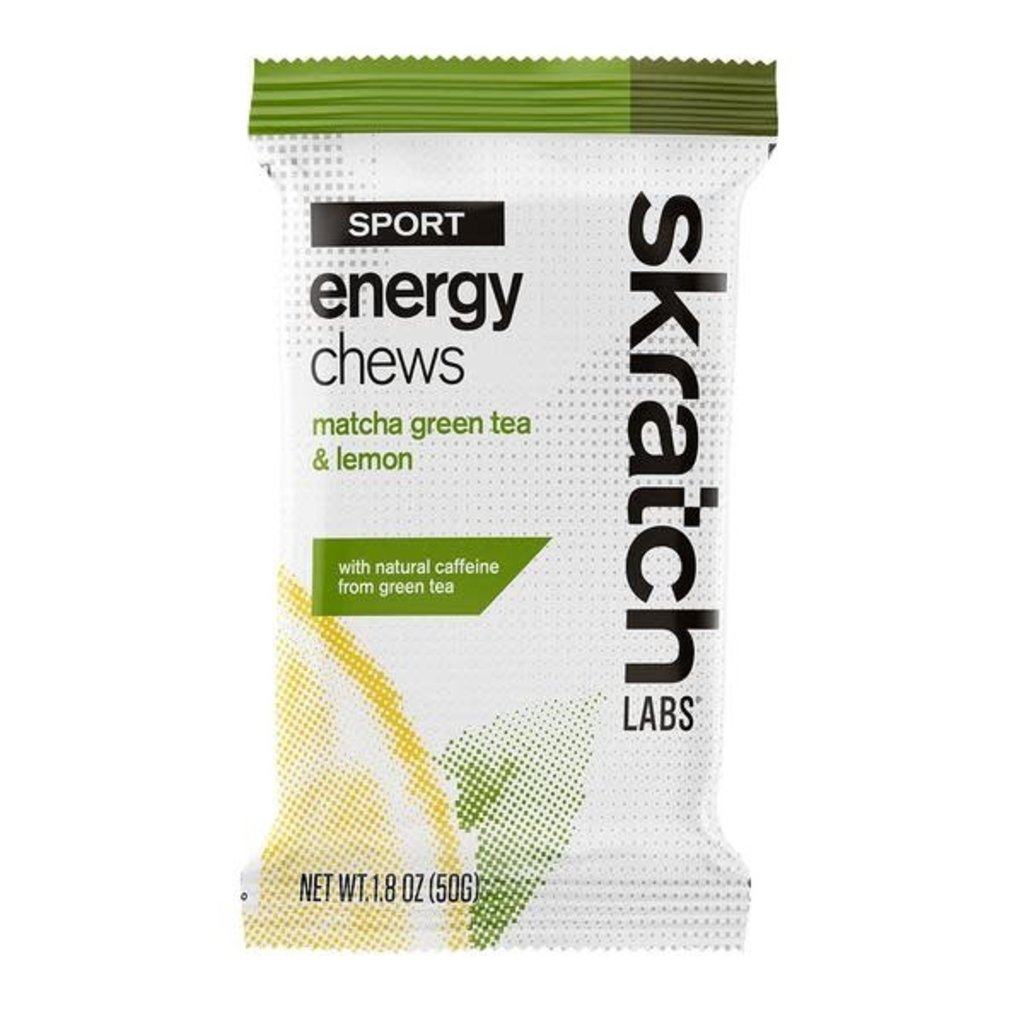 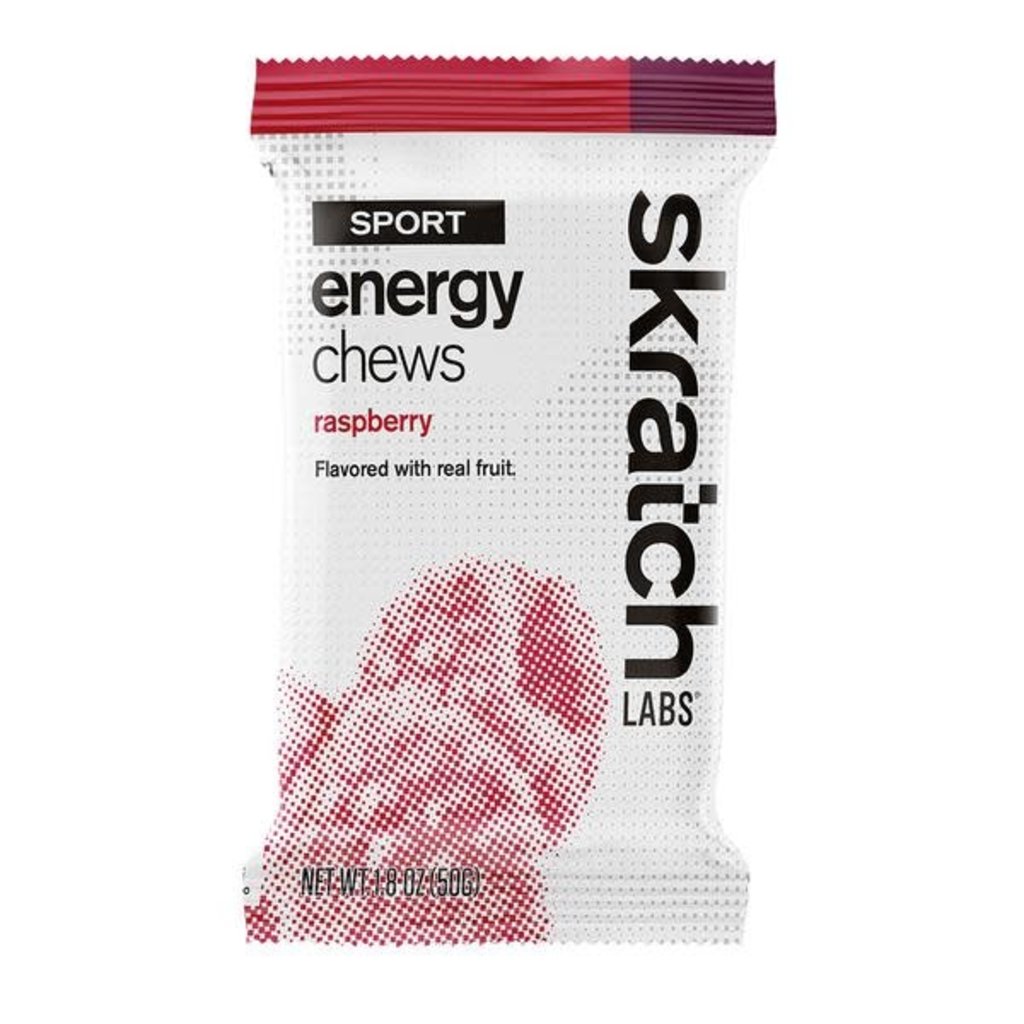 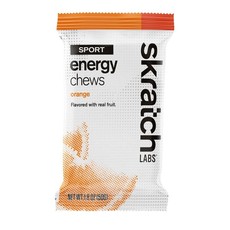 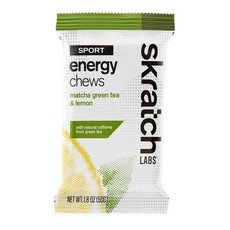 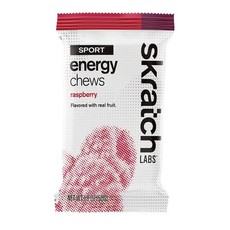 Sport Energy Chews can essentially be described as a candy gumdrop made of sugar and pectin. Or even a version of cooled down fruit pie filling that you forgot to put in a pie. The caveat though is that our Sport Energy chews are made for when you’re working out, not just for when you’re hungry for pie filling, which for most of us, is most of the time.

Skratch Labs created these chews as an energy supplement for when you’re going hard and the best thing to keep you going is a steady source of carbohydrate that won’t destroy your stomach or gut. And hopefully, you get that when they say energy, they mean fuel or calories. You know, like the first law of thermodynamics where energy is neither created nor destroyed. Not like the kind of “energy” you get after washing a handful of caffeine pills down with your sixth cup of coffee.

But, let’s get back to chews. The unique thing about a chew is that they’ve got a physical form factor that allows them to be loaded and held up in the stomach. As they’re digested, they trickle into the gut to provide a consistent and steady stream of energy. They’re a great alternative if you’ve ever gotten sick from really sweet and gooey gels, because gooey things tend to empty from the stomach faster than the gut can absorb. And when that happens, there’s nowhere for that gooey stuff to go except to where the light does not shine. So with energy chews, you get what seems like a paradox – quick but steady energy that won’t rot your gut. It’s similar to how gravity bends both space and time, but that’s more than you need to know.

So, what makes Skratch Labs Energy Chews different than all the others? Well, first the taste. Put them in your mouth and if you don’t agree that they’re awesome, we’ll give you your money back and send you a piece of humble pie. Second, is that they’ve weeded out all the excess ingredients that you don’t need like carnauba wax, coloring agents, and mystery flavors that get to be called natural. Instead, we use real fruit and a light dusting of granulated sugar and sour powder for function and taste. They work. They’re delicious. And you better not eat them in the car (unless you’re heading to a workout or race).

+ Add your review
Add to wishlist / Add to compare